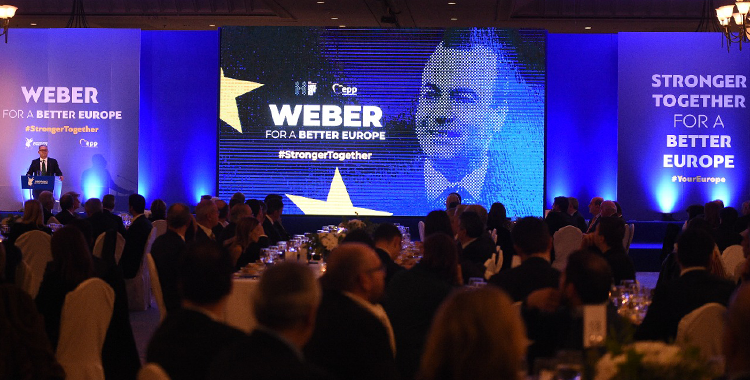 Keynote Address by the President of the Democratic Rally, Mr. Averof Neofytou

Dinner in honor of Manfred Weber

I would like to thank you all for joining us for a very special evening tonight.

A heartfelt welcome to the south eastern most corner of the European Union. We stand by you with all our strength and commitment as you chose our divided island to inaugurate your pan-European campaign from Cyprus.

The Democratic Rally always had a very clear European direction and agenda. The very vision of becoming a member of the European Union was laid down by our founder, the late Glafkos Clerides, which this year marks the 100th anniversary of his birth. Indeed, the accession of Cyprus to the European Union is the greatest national accomplishment of the people of Cyprus. An example of what our country can do when we have a national goal and we work united towards achieving it.

Dear Manfred among us tonight are representatives of the Turkish Cypriot political parties. I would like to extend a warm welcome to them as well and reassure them that we share the European vision with them. We must work together to achieve the unification of our island in order to be in a position to share the benefits of being part of a united Europe. A united Cyprus, member of the European Union does not need foreign troops and third country guarantees.

The Democratic Rally was the first party in the family of the EPP to declare its support to Manfred Weber as the leading candidate for the Presidency of the European Commission.

Our decision was based on the man himself. In Manfred Weber we see a man of principles with a clear vision for a better Europe. A deeply committed European.

Manfred Weber’s vision for Europe is a Union with a strong educational system that prepares our youth to capture the future. Creating value added jobs and supporting its youth to innovate, create and reach their true potential.

A Europe with a strong interest in the prosperity of all its citizens. With a deep and evident interest for their wellbeing, health and security. A Europe that cares about the victims of repression and at the same time is a place where its citizens feel protected. With a social face that it needs to strengthen further. Indeed a Europe of stronger solidarity.

On migration, in order to create free movement we banned the inside border controls, without safeguarding the outside borders of the European Union. We need to come to joint protection of the external borders and control migration. Thus protect the culture, the cohesion and the security of European citizens.

As you, my dear friend Manfred phrased it many times, we need a more democratic Europe that brings back the feeling of “being at home”.

Rightfully the EU created the Fund to support financial institutions, because without a financial system there is no economy. It is now time for Europe to create a fund to support the unemployed and the vulnerable so as to ensure that no one is left behind. Our very European values dictate a Europe that is not just for the banks and the economy, but, a Europe of social cohesion - of caring for the health and prosperity of all its citizens.

We stand with you in our European family to support you in your mandate to make Europeans proud of their “home Europe”. We will work for a better Europe together and make sure all countries are heard and respected. To help build a more united, secure and ambitious Europe together.

We stand together. Because we are stronger together.

Looking forward to welcoming you to Cyprus, not as a candidate but as the next President of the European Commission. 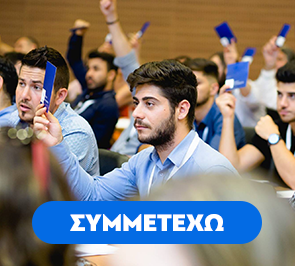